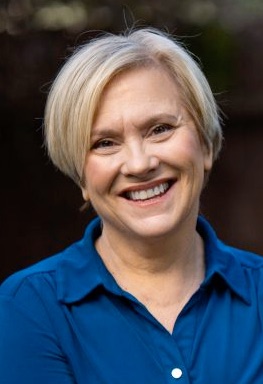 Chris Bubser is a mom, biotech advisor, engineer, and lover of the outdoors running to represent California’s 8th Congressional District. Born in Pennsylvania coal country as the youngest of three, Chris learned the values of hard work and helping her community. She began working when she was 12 years old and worked her way through college while she earned a degree in industrial engineering from Lehigh University, before moving to California and earning her MBA at UCLA.

For two decades Chris helped launch groundbreaking treatments that extended the lives of patients with HIV and cancer. Chris not only understands the challenges of the healthcare system from her professional experiences, she understands them on a personal level. As the mother of a daughter with epilepsy, Chris fought insurance companies to cover her pre-existing condition, took time away from work to manage her father’s care, and has seen too many friends drain their finances to pay for medicine to treat chronic and life-threatening health conditions.

Chris has worked to make communities better, first as a trustee of her synagogue and then as co-founder of HODG (HangOutDoGood), a grassroots community of hundreds of volunteers who work to get good candidates elected. Chris knows firsthand that we can affect change on these issues because she’s helped to do it. Trump carried this Inland Empire region seat 55 percent to 40 percent in 2016.

Chris has stated that her Jewish identity has been central in her fight for justice and equity. Let’s ensure that she takes this fight all the way to Washington DC this November.