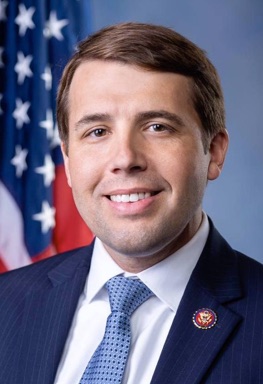 Congressman Chris Pappas knows better than most what it means to embody and fight for one’s community. First elected to the New Hampshire House of Representatives in 2002 at age 22, and as the 4th-generation co-owner of his family’s small business “The Puritan Backroom” restaurant, Chris Pappas has been serving New Hampshire constituents his entire adult life. Representative Pappas made history in 2018 when he became the first openly gay congressman in New Hampshire state history. He was re-elected in 2020 by five points.

Even before he came to Congress, Representative Pappas has always lived by his values. At the Puritan Backroom, which employs over 230 people, Chris provided health insurance and offered paid leave to his employees for years, long before it was mandated by the ACA. As a New Hampshire Executive Councilor, Chris fought for women’s reproductive rights, Medicaid expansion, and renewable energy investment throughout the state.

Elected to Congress in 2018 as a DCCC “Red to Blue” target candidate, Chris now serves on the Committee on Transportation and Infrastructure and on Veterans’ Affairs and is the co-Chair of the Equality Caucus. It is crucial that Representative Pappas stays in the House, and Bend the Arc Jewish Action is firmly committed to supporting the Congressman.