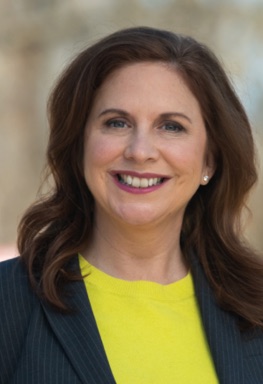 As a former single mother who put herself through school, State Rep. Christina Hale knows the meaning of hard work. Focusing her career on community and economic development, Christina was elected to the Indiana State House in 2012 and established a reputation as a tireless worker and champion of Hoosiers from all backgrounds. Christina was one of the only Latina members in the General Assembly and would be the first Latina to represent Indiana in Congress.

A lifelong Hoosier, Christina understands the challenges that families in the 5th District face every day. Before being elected to the state legislature, Christina served as a nonprofit leader at Kiwanis International where she focused on community and economic development. She decided to first run for the State House when she saw that the needs of her community weren’t being addressed. Christina spent months knocking on doors and listening to the concerns of her neighbors, and she won. Even as a minority member in a super-minority legislature, she was able to pass more than 60 bills, every single one with bipartisan support. That’s why she’s running for Congress – to get things done.

Current IN-5 Rep. Susan Brooks’ surprise retirement has opened up a suburban Indianapolis seat that national democrats see as a real pickup opportunity. Trump won this district by 12 points, down from Mitt Romney’s 17 point margin, and former Democratic Sen. Joe Donnelly narrowly carried this seat in 2018. Let’s all say HALE YES together and fight to ensure that we expand our House majority and elect Christina Hale to Congress.