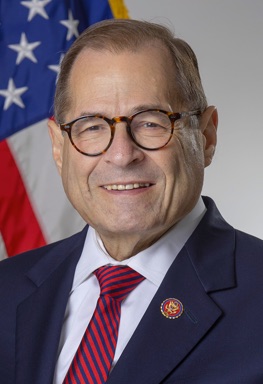 For decades, Representative Jerry Nadler has been a leading progressive champion in Congress on a range of issues including civil rights, immigration reform, and religious freedom. Described as “the conscience of the House” by Speaker Pelosi, Rep. Nadler has distinguished himself over his near-30-year tenure in Congress as a reliable force for good. As Chair of the House Judiciary Committee, Rep. Nadler has become one of Donald Trump’s most effective opponents, through the masterful use of his congressional oversight power.

Under Chairman Nadler’s leadership in 2019 and 2020, the Judiciary Committee held groundbreaking hearings on, and passed, the historic Equality Act and Dream and Promise Act, among other landmark progressive legislative priorities. Rep. Nadler is also one of the highest-ranking Jewish Americans in Congress, representing the most Jewish district in the United States, NY-10. It is vital that we support Rep. Nadler’s tireless fight for justice in Congress.