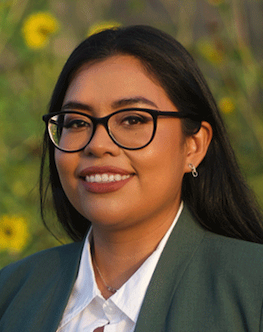 Jessica Cisneros is a proud daughter of Mexican immigrants and was born and raised in the border town of Laredo, Texas. Cisneros is a fierce advocate for expanding health care access, empowering workers to organize and bargain collectively, and building a more humane and equitable immigration system. As an immigration and human rights lawyer, Cisneros has spent her career working to protect families navigating our unjust immigration system. But after consistently finding the law and lawmakers to be the biggest roadblock (and with the urging of her community) she decided to run for Congress to change the system at its source and to bring South Texas the representation it deserves.

Cisneros in a competitive race to unseat Rep. Henry Cuellar — one of the most conservative Democrats in Congress who voted with Republicans nearly 70% of the time during last Congress and was the only Democrat to vote against the Protecting the Right to Organize (PRO) Act and the Women’s Health Protection Act. Cuellar is currently under an ethics investigation, is anti-abortion, fights for corporate interests, helped water down the Build Back Better Act, and defended CBP officers after their brutal and horrific attacks on Hatian migrants in Texas in the fall of 2021. Cisneros came within just 4 points of defeating Cuellar in last year’s Democratic primary and with your support she can close the gap and become a Representative who will truly fight for all of her constituents and help build a country that is for all of us.