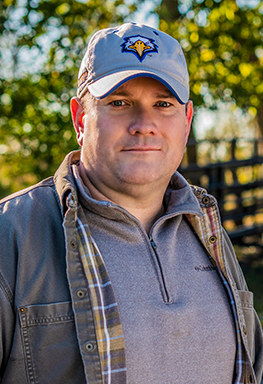 Throughout his career as a former marine, police officer, and Lexington-based lawyer, Josh Hicks has devoted his entire life and career to public service and the state of Kentucky.

From his career in both law enforcement and advocacy, Josh is uniquely positioned to be a leader on criminal justice and police reform, and he places racial justice squarely at the center of the change he works towards. In 2017, Hicks rose to national prominence when he gave a speech advocating for the removal of Confederate statues from Cheapside Park in Lexington at a city council meeting, despite significant local pressure to keep them up. During his 2020 Congressional campaign, he has come out strongly in favor of ending systemic racism and implicit bias in policing and our government, and will continue to advocate for a more equitable and fair society free from discrimination of kinds.

Despite the State’s ruby red complexion, Democrats still enjoy a registration advantage across Hicks’s district, as well as overwhelming support in Lexington and Franklin County. After the Democrat running for KY-6 lost by 20 points in 2016, Amy McGrath came within 2 points of flipping this seat in 2018. Then, in 2019, Democrats up and down the ballot carried KY-06, including a 14-point Democratic victory in this district by Governor Andy Beshear. This year, statewide prospects depend on the Sixth District, which is now “the swing district” of Kentucky.