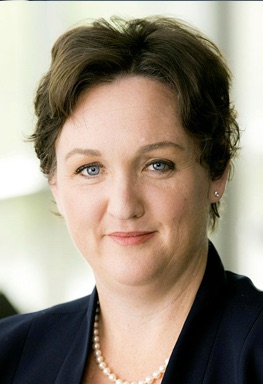 Congresswoman Katie Porter became the first single mother to ever be elected to Congress when she successfully defeated Republican incumbent Mimi Waters in one of the tightest races of 2018, winning the race for California’s 45th Congressional District 52% to 48%. She was overwhelmingly re-elected in 2020.

As a consumer protection attorney, a bankruptcy law professor, and a regulatory watchdog, Rep. Katie Porter has been fighting to protect middle class families and take on big banks in both theory and practice for her entire life. Growing up in a small Iowa farm-town, Porter went on to graduate from Yale and Harvard, where she became a protégé of then-professor Elizabeth Warren—an expert on the consumer impact of banking practices and financial regulatory procedure. Together, Warren and Porter co-authored a book, The Law of Debtors and Creditors.

In 2012, while teaching at the University of Iowa Faculty of Law, then–California Attorney General Kamala Harris appointed Porter to be California’s independent monitor of banks in a nationwide $25 billion mortgage settlement. Porter and her team fought tirelessly, securing and implementing over $10Bin settlement reforms for Californian families, helping tens of thousands move on from the financial crisis. Emboldened by the Election of Donald Trump and the rampant corruption which ensued, Porter decided to take her financial regulatory expertise from the classroom to Congress.

Elected to Congress in 2018 as a DCCC Red to Blue candidate, Porter now aptly serves on the exclusive House Committee on Financial Services, where she leverages her expertise to shape the national debate on banking issues and regulatory reform. It is crucial that Rep. Porter remains an incumbent, and Bend the Arc Jewish Action PAC is firmly committed to supporting the Congresswoman’s reelection.

Why this race is competitive and critical to the balance of power in 2022: