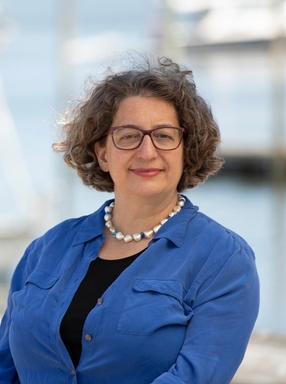 First and foremost, Nancy Goroff is a scientist who believes in facts, including the catastrophic effects of climate change on Long Island, where she has built her home and life for more than two decades. A former professor and chair of the Chemistry Department at Stony Brook University, Nancy also developed new renewable energy storage systems, a key component of combating climate change, managing a $22 million program funded by the US Department of Energy.

Nancy’s other priorities include lowering housing costs and creating well-paying jobs so that people can afford to stay in Suffolk County. Additionally, she is passionate about protecting and providing quality affordable healthcare for everyone and is eager to bring her science background to Washington, a place where scientists typically only serve in advisory roles. As a Jewish woman, she understands personally the threat of antisemitism, and the danger that white nationalism poses to everyone. Nancy is eager to flip New York’s 1st congressional district, earn her seat at the table, and be Congress' first female scientist with a Ph.D.