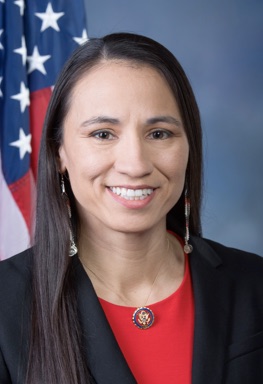 Rep. Sharice Davids gained notoriety when she ousted Kansas Republican incumbent Kevin Yoder 54 percent to 44 percent and flipped this seat from red to blue in 2018. A member of the Ho-Chunk Nation and re-elected in 2020, Davids is not only one of the first Native American women to serve in the House but is the first openly LGBTQ Native American elected to Congress, as well as the first openly gay person to be elected in Kansas. Davids is an attorney, a former MMA fighter, and served as a White House fellow during the final year of President Barack Obama’s Administration.