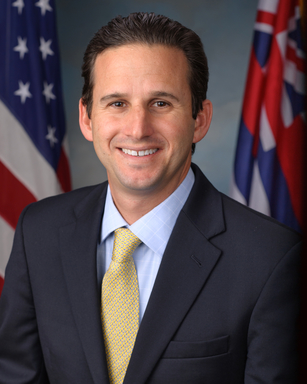 Hawai’i’s senior Senator Brian Schatz has dedicated his whole career to public service, advocating for Hawaii's middle-class families, a clean energy economy, seniors, veterans, and Native Hawaiians. He is committed to representing Hawai‘i values in Washington and working to give all of our families a fair chance, including access to broadband, which he knows is critical to growing the middle class and developing a stronger economy that works for everyone. Senator Schatz has sponsored legislation to increase Social Security benefits and make college more affordable, make our economy work for all families, including increasing the minimum wage, equal pay for equal work, and universal pre-K. Sen. Schatz is also one of the leading advocates in the Senate for measures to eliminate programs that transfer surplus military weapons to local police forces, programs which make our communities unsafe. Having grown up in Hawaii, Sen. Schatz was involved in community advocacy and served in the Hawai‘i State House of Representatives and as the state’s Lt. Governor before being appointed to the U.S. Senate in December 2012.