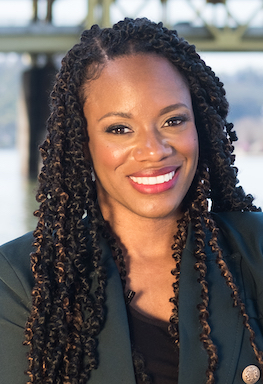 Summer Lee was born and raised in the Mon Valley of Pennsylvania and is currently a state legislator, as well as a dedicated organizer, activist, and advocate for social justice. She served as a 2016 PA Democratic Party Field Organizer in her home district, recruiting, managing, and leading volunteers engaging in direct voter contact. The following year, she spearheaded a successful write-in campaign to hold members of the Woodland Hills School Board accountable after repeated incidents of violence against students from police officers and school administrators.

In 2018, Summer ran for PA’s 34th State House district, winning with more than 67 percent of the vote in a race against a 20-year incumbent. In office, Summer has championed initiatives to support sustainable jobs, environmental responsibility, police accountability, and gender and racial equity. An advocate for workers’ rights, union protections, and the fight for a liveable wage, Summer also secured millions of dollars for her district for infrastructure upgrades and community revitalization. She is on track to becoming the first Black woman to represent Pennsylvania in Congress after winning a fiercely fought primary battle. Electing Summer to Congress is critical to continuing to deepen our progressive bench in Congress.