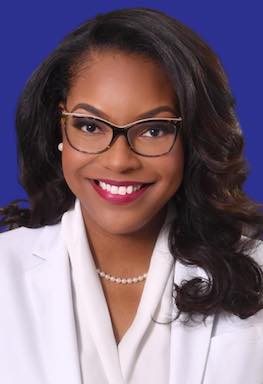 Emilia Sykes became the first Black woman under 30 to serve in the Ohio House of Representatives when she was first elected in 2014 and is the current Democratic nominee running to hold Rep. Tim Ryan’s current seat. She has served in State leadership for four years, including as the State House Minority Leader from 2019 to 2021. As House Minority Leader she has delivered real results for Ohio’s families, businesses, and seniors. In the State House, Emilia has worked tirelessly to keep jobs in Ohio and expand opportunities for working families, fighting for higher wages and safer working conditions for Ohio’s workers. Before joining the house, Emilia used her JD and MPH to work as an Administrative Staff Advisor at the Summit County Fiscal Office, and as a Law Clerk to the Chief Judge of the U.S. Bankruptcy Court in the Northern District of Georgia. If elected, Emilia would be only the second woman and the first person of color to hold this seat.