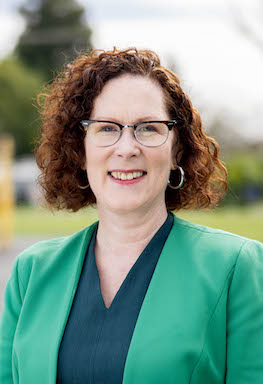 Val Hoyle currently serves as Oregon’s Labor Commissioner, a position she was elected to after serving in the state House of Representatives for eight years, two years as the Majority Leader. Val is running to keep OR-04 blue after Rep. Peter DeFazio’s retirement, and to pass policies that help families and communities thrive. As Labor Commissioner, she fights to ensure workers are paid the wages and benefits they’re owed and oversees the enforcement of civil rights and housing discrimination protections. During the pandemic, she fought to expand the Oregon Family Leave Act and advocated for legislation to ensure workers could continue to earn money part-time while retaining their unemployment benefits.

Redistricting has made this seat safer for Democrats, but in 2020 the race for this seat was the tightest this district has seen in more than 30 years. The GOP’s candidate, who ran to the far right in 2020 but is claiming to be more moderate during his second run in 2022, supports the Supreme Court’s overturning of Roe v. Wade as well as defunding Planned Parenthood.