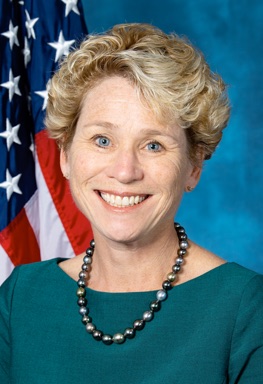 Rep. Chrissy Houlahan flipped Pennsylvania’s 6th district, which includes the suburbs outside of Philadelphia, in 2018 and was re-elected by 12 points in 2020. She is an Air Force veteran, businesswoman, and educator. Chrissy isn’t afraid of a challenge and between conversations on a bus bound for the Women’s March and thoughts about her father, a Holocaust survivor rattled by the presidential election, she felt it was time to serve again. Chrissy is fighting to create good jobs, expand access and affordability to healthcare, improve and strengthen education, and fight for our veterans. She serves on the House Armed Services, House and Foreign Affairs Committees, and House Small Business Committee.